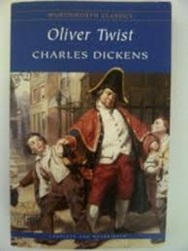 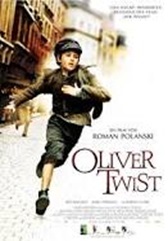 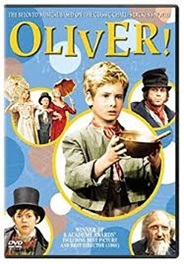 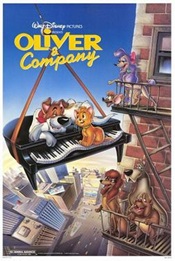 The novel Oliver Twist was originally published in serial form between 1837 and 1839. In it, the author Charles Dickens successfully and graphically describes the poverty and squalor of the slums and backstreets of contemporary Victorian London. He compares this with the privileged world of the rich. By focusing on these opposing sides of British society, Dickens drew the attention of his mostly middle-class and wealthy readers to an aspect of urban life that had remained largely ignored by them. By describing the conditions in which the poor were forced to live, Dickens encouraged his readers to examine the injustices in society and to begin to improve the appalling social conditions that existed in British cities. This is a novel with a strong and serious social and moral message.

Oliver Twist, the novel’s main character, is born in a workhouse and his unmarried mother dies shortly after his birth. Workhouses were homes for the very poor and for people who could not look after themselves, but in fact they were almost like prisons. After his birth, Oliver is sent to a ‘baby farm’ for destitute children in the countryside until he is eight years old and then he has to return to the horrors of the workhouse. Here, Oliver is almost starved. However, when he dares to ask for more food, he is punished and sold into virtual slavery with a coffin maker and undertaker. At the undertaker’s, he is again abused and mistreated. He runs away and makes his way to London, where he meets the Artful Dodger, a member of a group of young street criminals and pickpockets. The unscrupulous miser, Fagin, controls this group. Oliver is encouraged to join them. Subsequently, Dickens introduces us to a range of carefully-drawn, complex and interesting characters from different parts of London society and continues to follow Oliver’s fortunes. The main impressions we gain of London and of Victorian Britain are that it was a dirty, corrupt, cruel and squalid place – and the reader also becomes aware of the huge gap that existed between those who were at the top end of society and those who suffered at the bottom end. Dickens exposes and condemns the fact that British society at this time was so unfair and inhumane.

Oliver Twist is a British literary classic and it has been made into films and TV series more than twenty times. Below, I briefly consider three of the film adaptations.

Oliver Twist (2005) was directed by Roman Polanski. It is a realistic, unsentimental re-telling of the story. The city of London is portrayed in the film as Dickens describes it in the novel. It is dark, noisy, foul-smelling and polluted. All kinds of corruption are found on its streets and in its slums. The characters in the movie are for the most part faithful representations of the characters that Dickens describes in the novel. The film received largely positive reviews from critics, although some claimed that it lacked passion. It was quite successful with the public.

Oliver! (1968) was directed by Carol Reed and distributed by Columbia Pictures. It is a musical and it was very successful in the year it was released, winning six Academy Awards (Oscars.) It must have been rather difficult to recreate the dark, sinister, corrupt atmosphere of the novel in a musical with lavish dance routines. Indeed, the film does not succeed in achieving any of the sharp social commentary of the original. In fact, it is for the most part lively and fun.

Finally, Oliver and Company (1988)was directed by George Scribner. The production company was Walt Disney Pictures. The setting is transferred from London in the 1830s to New York in the 1980s. The characters are mostly anthropomorphised animals, rather than humans. The Artful Dodger, for example, has become a streetwise mongrel dog. The members of Fagin’s gang of thieves are also dogs. Oliver himself is a small ginger cat. This film is also a musical. Some aspects of the story are faithful to the original but much has been left out. The characters are two-dimensional. The social commentary, the key feature of the original novel, is missing entirely. Why did Walt Disney Pictures decide to ‘adapt’ the Dickens novel in this way? It is an unusual and perplexing decision to have made. The resulting film is entertaining and enjoyable in a superficial way, but why did the makers choose to use Dickens for their source material?